I’m going to go out on a limb here and argue that those of us who support a nonviolent solution to the Israeli-Palestinian conflict ought to welcome, without hesitation, Israeli Prime Minister Netanyahu’s upcoming March 3 address to Congress. 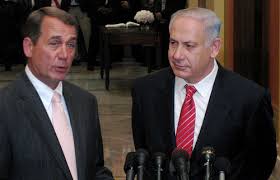 True, the invitation that House Speaker John Boehner (R-Ohio) extended to Mr. Netanyahu is a clear violation of protocol that, in my mind, is yet another expression of the disdain that Republicans (and, for that matter, Netanyahu himself) have for the Office of the Presidency because it is occupied by an African American (Boehner invited Netanyahu to speak without once consulting the White House).

True, through his address Netanyahu is clearly hoping to sabotage President Obama’s negotiations with Iran over that country’s nuclear program and is thus infringing on U.S. foreign policy.

True, Netanyahu is counting on this speech to bolster his reelection prospects (his address to Congress will take place two weeks before he faces reelection).

And true, given the expansion and entrenchment of Israeli apartheid under Netanyahu’s watch – unhindered settler colonization of even more Palestinian territory and thus the narrowing of Palestinian living space; mass incarcerations; indefinite detentions; arrests without charges; “forced evictions, curfews, market closures, street closures”; increased military checkpoints that severely curtail Palestinian movement; the erection of a barrier wall that severs Palestinian communities and cuts families off from each other; the appropriation of Palestinian natural resources; the enforced segregation of Palestinians on public transportation; unchecked settler violence….given all of these things, Boehner’s invitation to Netanyahu to address Congress  — indeed, all of the opportunities that he’s been given to speak to Congress — is as outrageous as a similar invitation to South African Prime Minister and State President P.W. Botha would have been during the apartheid era in South Africa. Let’s not kid ourselves. 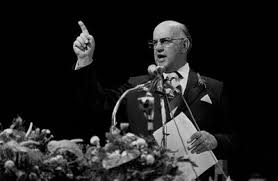 So there are reasons enough to demand a retraction of Boehner’s ill-conceived (and ill-will intended) invitation.

But I say let’s welcome Mr. Netanyahu anyway since what is also true is this: because it is controversial and has captured the attention, if not the ire, of media and politicians alike, Netanyahu’s visit presents us with a remarkable opportunity to shine a light and focus our nation’s attention not only on the violent system of apartheid under which Palestinians live; but also on the unheralded yet incredibly important work of Palestinian and Israeli nonviolent activists on the ground – activists whose advocacy of nonviolence we must heed; whose voices for a nonviolent solution to the Israeli-Palestinian conflict we must amplify; whose difficult and brave organizing work we must support; and, whose frameworks for peace we must insist become the subject of serious consideration, discussion and debate in both chambers of Congress.

Take, for example, the organization Combatants for Peace. Established in 2005, this group of former Israeli soldiers and Palestinian combatants has laid down its swords and shields to wage a “non-violent struggle” for peace. Together they are calling for (among other things) an end to “the Israeli occupation of Palestinian territories” and “the foundation of a Palestinian state” that will “reside side by side with Israel” in a “relationship of peace and security.” The peace that they call for is not merely an absence of conflict. Instead, it is the presence and the institutionalization of brotherhood and sisterhood, the forging of two nations on the basis of a shared humanity. Combatants for Peace members “use art, theater and other creative activities to demonstrate both to Israelis and Palestinians that it is indeed possible to rise above fear and hatred,” as well as to show “that former enemies can become partners in peace and together create a better future for all.” This is bottom-up politics and organizing at their best.

Coalition of Women for Peace is a feminist organization committed to nonviolence and a nonviolent solution to the conflict. Established in 2000 “after the outbreak of the Second Intifada,” CWP calls for an end to “the occupation of Palestine and for a just peace.” Additionally, CWP declares its “unwavering support of the right of return of Palestinian refugees and the endorsement of universal jurisdiction.” It is a “leading voice in the Israeli peace movement, bringing together women from a wide variety of identities and groups” and, in the process, “enhancing women’s inclusion and participation in the public discourse.”

One last group I’ll mention (my list is by no means exhaustive) is Youth Against Settlements, a Hebron-based coalition of Palestinian youth who are motivated by their vision of a “100% non-violent, mass Palestinian uprising that pressures the Israeli government to dismantle the settlements and end the Occupation.” With the help of “Israeli peace activists,” YAS has both resisted the building of settler outposts on Palestinian land and helped to mobilize resources for families who have suffered the violence of forced evictions from their land and their homes.

We should not let Netanyahu’s visit pass without using our best efforts to make regular household names Combatants for Peace, Coalition of Women for Peace, Youth Against Settlements, and other organizations that are on the ground and waging nonviolence.

And we definitely should not let Netanyahu’s visit pass without making “End the Occupation” a mantra that all of us will take to the voting booth in 2016.

So what can we do? I have a few suggestions. 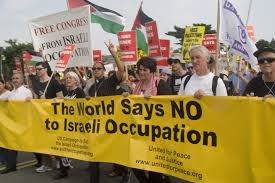 Saturday, February 28 and Sunday, March 1: No More Praying as Usual

Taking a page from the U.S. civil rights movement playbook, we can for these two days conduct respectful nonviolent sit-ins and other forms of protests at religious institutions throughout the country. For too long, too many have used scripture to rationalize uncritical support of Israel and have turned a blind eye to the suffering that Israeli apartheid visits upon both Palestinians and Israelis alike – just as many used scripture to uphold Jim Crow and turned a blind eye to African American suffering. “Those who turn a blind eye to injustice,” noted South African Archbishop Desmond Tutu in his critique of Israeli apartheid, “actually perpetuate injustice.” Thus, we say “no more praying as usual” in order both to awaken the consciences of the members of those religious institutions that “turn a blind eye” to Israeli injustice, and to encourage them to support the efforts of Palestinians and Israelis who are waging nonviolence from a politics steeped in love, compassion, reconciliation and peace.

On this day before Netanyahu’s address we can lobby our representatives (calls, emails, meetings, social media postings) and engage them in a conversation about the apartheid conditions under which Palestinians live; introduce them to peace plans for which Palestinian and Israeli nonviolent activists advocate; insist on a peace negotiated on the principles of nonviolence; and, lobby for legislation similar to the Comprehensive Anti-Apartheid Act, which was instrumental in bringing an end to South African apartheid. Passed in 1986, that piece of legislation “set forth a…complete framework to guide the efforts of the United States in helping bring an end to apartheid in South Africa and lead to the establishment of a nonracial, democratic form of government.” Such legislation to address apartheid in Israel is long overdue.

Tuesday, March 3: No Business as Usual

This day of Netanyahu’s address is when we should engage in nonviolent direct actions (sit-ins, marches, etc.) at embassies, corporate offices, Fox News, the U.S. Capitol, and other sites of power. Through these actions, we must speak to the need for a peaceful settlement negotiated on the principles of nonviolence, and provide a powerful counter-narrative to the predictably slanted mass media stories and political spin that will no doubt coincide with Netanyahu’s speech to Congress as well as his visit with the American Israel Public Affairs Committee (AIPAC).

Between now and March 3:

Conduct teach-ins (at schools, libraries, community centers, in your homes) on the solutions offered by Palestinian and Israeli activists who are waging nonviolence; on the conditions under which Palestinians live; on the growing nonviolent Boycott, Divestment and Sanctions (BDS) movement that is calling for “broad boycotts” as well as “divestment initiatives against Israel similar to those” applied to South Africa “in the apartheid era”; and, on actions that people can take to shift the discourse and debates in Washington regarding the so-called peace process.

Blog, tweet, comment, write letters to editors in order to inform the public about nonviolent organizing in Israel and Palestine and the kind of peace that organizers are hoping to achieve.

Don’t let up. Keep lobbying, teaching, writing, organizing and protesting (click here for further suggestions) because the only thing that will shift the terms of the debate here on the Israeli-Palestinian conflict and the policies that we pursue is our relentless activism and commitment to peace and nonviolence, everywhere, without exception. As Palestinian nonviolent activist Jean Zaru argues, we “are called to conversion: to be converted to the struggle of women and men everywhere who have no way to escape the unending fatigue  of their labor and the daily denial of their human rights and human worth. We must be converted, so to speak, to a new vision of human dignity, what we call ‘that of God’ in each person, even in those we oppose. We must let our hearts be moved by the anguish and suffering of the other.”

So, let’s take it upon ourselves to undercut this gamesmanship on the part of our political elites –gamesmanship that does absolutely nothing to secure peace and actually causes great despair – and offer to our countrywomen and men what has been available and yet hidden from their view for much too long now: a just and nonviolent alternative.

Welcome, Mr. Netanyahu. So glad that you’re paying us a visit. 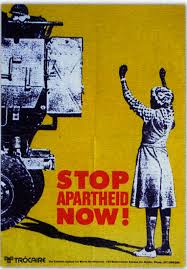 [Feel free to share in the Comments section any organizing efforts you are undertaking or that you are aware of that are focused on Mr. Netanyahu’s visit]